I recently purchased a new VHF\UHF radio. I intend to purchase 2 of the same radios, one of which will reside in my go-box and one which will be installed in my new car (that I do not own yet). One of the things that attracted me to the was the crossbanding feature.  Another was that it was not yaesu\icom.

First – it requires .Net 4.5 which is happily installs … with a japanese installer.  Good thing we just keep clicking next right?  Ugh.  But it does actually install, and run.

Configuring channels is hard – let’s export from my CHIRP config and remix that to import as the clone utility.  But … it appears that the cvs import is broken.  I received strange errors like “Subtone NG : Line=3” until I managed to craft a CVS file that the program was happy with: 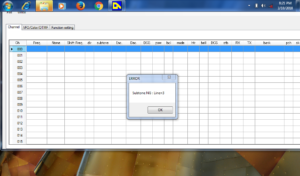 Once I was able to edit my cvs file to match the exported format from the software, … I was barely able to import simplex channels. I could not load repeaters from the cvs file (even one that was exported by the software itself). I don’t understand the problem and ended up putting in the first memory manually. Copy/paste does work though, so once you struggle through setting up the first repeater you can copy\paste and then edit the rest: 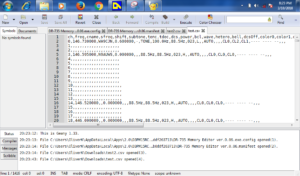 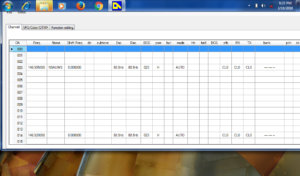 But here’s what really screwed me up (for to long).  If you’re working on a smaller computer, like a netbook you’ll get a cryptic error message.  If you’ve worked serial ports before you’ll instinctively know what the problem is.   Until you get a larger screen though, you won’t be able to do anything about it.  Here’s from a VM shrunk down: 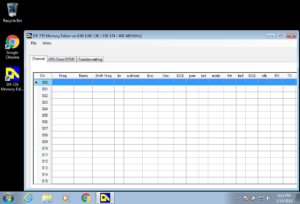 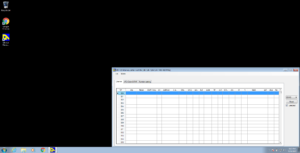 You’ll notice off in the right hand side a dropdown saying “COM3.”  Yes, that’s right.  You lose the option to configure the com port the clone software expects to use!   Once I tried a bigger monitor (for some reason the external display on my netbook goes to 1280) I was able to select the proper COM port and then only upload the first channel of my config.  Turns out you have to select all the channels you want to upload.

In my mind, the com port selection should be with the File\Write menus, not where it can get lost.  I can understand the CVS import failing (to an extent).  But a properly crafted CVS, or indeed, one exported by the program itself should import more then just the simplex options in the config.

I have to give the clone utility 1 star since it seems mostly broken.  How does the radio follow suite?  Suffice it to say I am glad I did not buy 2 from the start.  I look forward to the radio functioning well enough that I have no reservations about buying a second.