Much like shooting, ham radio is expensive. I think all fun hobbies are. But after spending $820 for the radio, I wasn’t in the mood (or the financial state) to drop another $100 to $150 on an Alinco Power Supply. Slick as spit, but not worth it.

So, here is what I came up with: 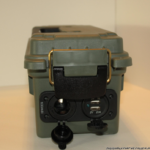 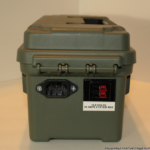 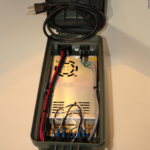 My power supply has the following features:

So, here is my Bill of Materials:

The total cost of the arrangement? Not counting the sundries I had on hand, $54.04. Not bad, a third of the cost and quite a bit more fun. You could do this even cheaper if you skipped the power powerpoles and the other features, but charging phones is good. When I first made it, I had the radio and a cut off power cord running directly to the power supply unit. It worked, and worked well, but I wanted to make things cleaner for sure.

Questions? Comments? Leave them below. 73, and good night all.

Edit: I posted this to /r/amatuerradio and generated a fair response. I would like to highlight Megas3300’s RF Choke. This is probably needed for mine as well, but so far I’ve only used this on VHF. A proper HF antenna system awaits.